Election Commentary: Our Most Toxic Issue 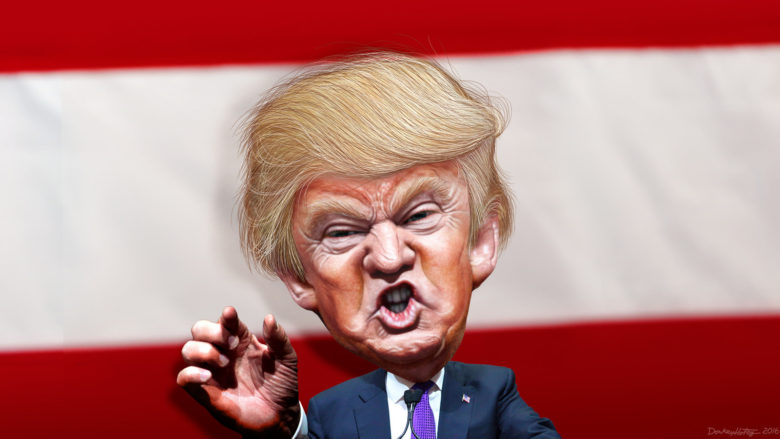 My colleagues and I have a long-standing policy with this blog… no politics. We have clients and friends who sit on both sides of the political divide, and this blog is about business, not politics. Given the current state of US politics, it is almost impossible to address issues without offending SOMEONE.

But our business is all about communication and persuasion, so for the last six days I have been wrestling with one central question — how can The Latimer Group stay silent on this US presidential election, the most talked-about persuasive battle in our lifetimes? The simple answer is “we can’t.”

The current state of political discourse in the United States includes many realities, one of which is this: everyone has a bias, and everyone KNOWS everyone has a bias. So any opinion gets readily dismissed as “biased.” We don’t trust anyone anymore. Every news outlet has bias. Every commentator has bias. But I want to have a discussion with you, so I will make my biases bare to you. If I don’t, this message will be more easily dismissed.

I have been a lifelong member of the Republican party, (conservative bias!)… until July 20, 2016, the day after Donald Trump won the nomination, when I left the party (liberal bias!) and registered as an independent (centrist bias). My voting record since I turned 18 is actually consistent with the behavior of an independent. In my lifetime I have voted for the following candidates for President of the United States: George H.W. Bush; Bill Clinton; Bob Dole; George W. Bush; George W. Bush; Barack Obama; Mitt Romney; and Hillary Clinton. In the last eight elections, I have voted for the Republican nominee five times, and the Democratic nominee three times. I lean to the conservative side of things, but mostly on business and monetary issues. On social issues, I lean heavily to the liberal, progressive side of things.

Now that I have that out of the way, and you know exactly where I stand, let me share some thoughts. I hope you will keep reading…

We are at a crisis point in this country, and it worries me deeply. I am legitimately scared. But not for the reasons you might think. My fear has less to do with who won, who supports what policy, who is protesting, who did what to whom and when. If you have those fears, I respect that. The issues of race and gender are real and important. I care about those issues very much. But my deepest fear is about something else — the deep divide in the way we talk, or rather DON’T talk, about politics today. People with one political view simply, and literally, cannot talk to anyone with an opposing view without getting deeply emotional. We are more divided, more angry, and less communicative with the other side than any time in our history, certainly since the late 1960s, and perhaps as far back as the Civil War. And that is a very bad set of realities. Both sides today are guilty of the same thing… they only talk ABOUT each other. Neither talks TO each other.

There are real examples of this and real hypocrisy on both sides, and little interest from either side in understanding the other. Among many other problems, the Right demonizes the Left, and is (and has been for a while) completely obstructionist. They dismiss and block any idea that comes from the Democrats. They won’t even entertain discussion on, for example, judges, and stick to the party lines of attempting to overturn any policy that comes from the Democrats… without even knowing all the facts. There is a total refusal to acknowledge that some very good things have happened in the last eight years.

And the Democrats have their own brand of hypocrisy. Everyone who disagrees with them is a bad person. The Democrats want their voices heard, but are not all that interested in hearing voices that have a different perspective. The Democrats claim to be the party of inclusion. They claim to be all about diversity… except diversity of political thought. The Left only seems to want to include certain people in the discussion.

This is the most serious problem facing our country today. Because when we can learn to come together, discuss, debate, listen, understand, agree or disagree with respect, then we can survive any change in leadership that comes our way. My colleagues and I study and teach persuasive communication for a living. And as a nation, when it comes to political discourse, we are terrible communicators. Everyone, on both sides, breaks the single most important rule when it comes to persuasion. No one is open to another idea when under attack. Both sides engage in political bullying, all the time. And when a person or a group is under attack, they get into a defensive posture, and they protect. It is a natural human instinct. But when someone feels heard, and respected, their heart rate drops, they become less defensive, and communication is now possible. We need more of that. From everyone.

I am not asking everyone to hold hands and agree on everything. But I am calling out behavior that has become nationally toxic, and not only in Washington. It is toxic on social media, at dinner tables, at work, and even on the playground. (Yes… my son’s first grade class had a meeting to talk about this election. I get it, but it upset me that anyone even thought that was necessary. First grade… ) We need to be able to talk about politics, issues, policy, and we need to be able to do it functionally and respectfully. When two people, or two sides, cannot even communicate on a topic, resolution is impossible. Understanding is impossible. Progress is impossible.

I have written in the past about a great book, “Tip and the Gipper” written by Chris Matthews. He was a speech writer for Speaker of the House Tip O’Neill, who was a classic Democrat. He worked for the working class of America, all of them, regardless of race, and fought tirelessly for their issues. And the book is about the relationship that O’Neill had with President Ronald Reagan. Reagan has become the patron saint of a Republican Party that doesn’t really exist anymore (a big part of the reason I am now an independent). O’Neill and Reagan could not have been more different politically. But they had an outstanding working relationship, and while they disagreed on many things, they always treated each other with respect. They discussed, they fought, one would win, one would lose, and then they would move on to the next issue.

That does not exist anymore, in any of our leaders. It can’t, at least right now.

My goal with this post is to contribute towards a new discussion… not about who is right or who is wrong. But rather about how to communicate better with people we don’t agree with. If we can’t master the art of effective communication, I fear that even more terrible days lay ahead for our nation.

Never forget the phrase “with liberty and justice for all.” What is the most important word in that phrase?

Ask a Republican, and the answer will be “liberty.”

Ask a Democrat, and the answer will be “justice.”

Ask me, and the answer will be “and.”

We need both liberty AND justice. Liberty without justice leads to anarchy. Justice without liberty leads to totalitarianism. We need both. And we need both sides contributing to a dialogue that brings all of it together.

I write to you today, in the greatest of hope.

Photos used under the following license.

11 responses to “Election Commentary: Our Most Toxic Issue”