The Need for Respectful Discourse

Last Saturday night, Feb 13, 2016, I was standing on the bench for the Choate hockey team, cheering for the team, and supporting two of my good friends, Pat Dennehy and Mike Velez. They indulge me a few times a year, and let me join the team as “guest coach,” which basically means I cheer, high five, and generally stay out of their way. Occasionally they give me an important job like “watch the Zamboni” between periods, but the humorous back story on that one will be left for another post on another day.

The game was less than five minutes old and my phone started relentlessly buzzing in my pocket. I tried to ignore it (epic fail) and when I looked, I saw a CNN news flash about the death of Supreme Court Antonin Scalia. And then within five more minutes, my text message box started filling up with comments and questions from friends who had heard the news.

I went back to thinking about the game, or at least tried, but couldn’t stop thinking about what would happen next in our nasty world of American politics. The tone in our national political discourse has been toxic for quite some time, even more so in a presidential election cycle. But the death of a supreme court justice (only the third time an active justice had died in nearly sixty years), especially a controversial, ideological conservative like Scalia, was bound to throw gasoline on the fire of our political discussions.

I couldn’t stop thinking about what was coming. And the reaction was immediate, and predictable. Politicians on both sides immediately politicized the aftermath of Scalia’s death, digging in for some renewed trench warfare. Social media exploded with commentary, at least some of it from people literally joyful because this guy died. And the body was probably still warm…

I have written about the sad state of politics in our country many times before, and I will never take a political stance in this blog. But what I will do, eagerly, is draw contrasts between the realities of political discourse in the United States, and how my colleagues and I think you should communicate in the work place. We teach persuasive communication at The Latimer Group. And while every situation is different, here is one absolute truth… if you want to change someone’s mind, the worst thing you can do is attack them. The worst thing you can do is demonize them, tell them they are stupid, tell them their position makes them ____________ (fill in the blank with your choice of derogatory adjective.)

This blog is not about politics. It is about persuasive communication in the workplace. But 21st century politics in the United States gives us daily examples of what not to do. You want to build consensus in the workplace, and persuade people to support your idea, or buy what you are selling? Then listen, learn, respect, and then deliver a thoughtful, prepared message. In other words, don’t do what you see our leaders doing on television. 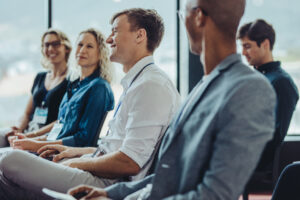 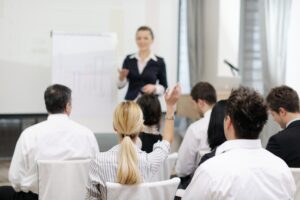