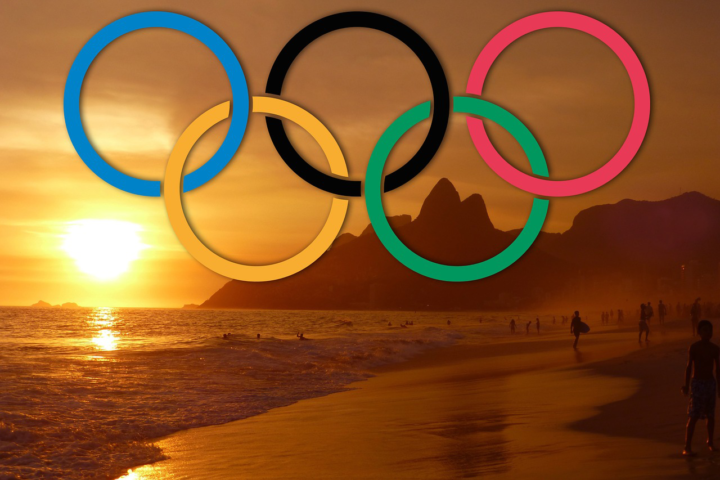 The 2016 Olympic Games are underway in Rio, and because of my history with the US Olympic Sailing Program, I am (and always will be) a devoted fan of the Games. I attended two Games (2008 and 2012) as the Team Leader, and I was an alternate athlete on the 2000 Team, after a narrow Olympic Trials defeat.

While I won’t rehash the details, my final Olympic experience in 2012 did not end well. A very talented, successful, likable team performed poorly at the Games, and returned home with zero medals — something which had not happened since Herbert Hoover was President. The list of reasons “why” is probably long, and has certainly been debated by many. But the fact is, it happened.

It bothers me to this day, haunts me even. And so while I get very excited for each subsequent Games, and I wrap myself in my best star-spangled-awesome cheering mode, the Games still poke at some scar tissue for me.

And then a few days ago I was contacted by a sports reporter who wanted to write a story about 2016, but using past failures in 2012 as the backdrop to her story. Her story was already written inside her head before she even called me. It may have been completely written for all I know. But she wanted a quote or two from me that validated her narrative that the 2012 team lost because we weren’t prepared. I refused to indulge her narrative, it was a tense interview, and twice she accused me of being defensive. We were polite, but nothing more.

The interview bothered me for the rest of that day, that night (got not a wink of sleep) and into the next morning. My work day was then affected. I couldn’t concentrate, I had a couple of phone calls where I was barely paying attention, my mind wandered. Not good. This stupid interview was now having a negative effect on my work day.

So I did what I always do when I have something deeply bothering me. I contacted my wife, Emily. Just a short text, “having a bad day, can’t concentrate.” She called me immediately, and said something profound that ultimately turned my day around. When I picked up the phone, she asked, “Are you still thinking about that interview, or are you thinking about your Dad today?”

I looked at the calendar and it was August 10, the seventh anniversary of my Dad’s passing. And I had completely forgotten about it… at least consciously. Anyone who knows me on a personal level knows that my Dad and I were not close. When he passed we had not seen each other in almost a decade, and his passing was a painful time. So each year, the anniversary of his passing hits me hard. But for whatever reason, the date had slipped my conscious mind this year. I had spent about 24 hours distracted and annoyed, seemingly, by a bad interview with a sports reporter. The interview was bothering me apparently because it took me back to a painful period in my Olympic life.

But as Emily helped me raise my level of self-awareness yesterday, I realized that what was bothering me was not primarily about the interview or the 2012 Games, but rather the anniversary of a death. On some level all three are probably connected in my mind — approval from Dad, failure at the Games, annoying interview bringing it all back to life — but we will now end the over-shared psycho-analysis part of today’s post.

The point for you today is that my colleagues and I always preach the power of “awareness” and how a high level of awareness can make you a better colleague and communicator. Yesterday, my level of self awareness was very low for about half the day, and until I realized what was going on inside my own head, my work was going to continue to suffer.

We don’t always get these epiphanies about what is really happening in our own heads. It isn’t always easy, and we don’t always have someone who can help us see what is really going on. But we should always strive to understand ourselves as much as possible. Because the conversations inside our own heads, especially the subconscious ones, are often our biggest roadblocks to success, and peace of mind.

One response to “Self-Awareness, Self-Knowledge, and Self-Improvement”