How to Discuss Politics – or Anything – Respectfully (Yes, It CAN Be Done!) 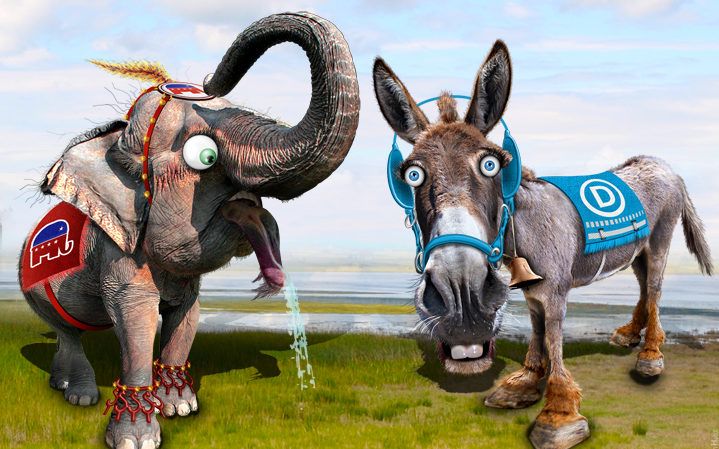 Earlier this week, my wife and I, along with some good friends, attended our first political “town hall” event, hosted by Chris Murphy, the junior senator from Connecticut and a Democrat. We obviously are living in a highly-charged and emotional political climate in the United States, and these kind of town hall events are becoming more and more popular. Typically, the host politician will make some opening comments, and then quickly open the event up to questions from the attendees. This event was very well attended, reportedly with 6-700 attendees, and many more allegedly outside.

I have written in this blog many times about the concept of respect and the importance of listening to other perspectives. And while I was sitting in this event, taking notes, and listening to the highly-charged questions from the floor, I started thinking about how little we all listen these days to other political perspectives. So many of us fall into the trap of judging, labeling and tuning out anyone who might dare to think differently about politics. I have heard many people, good friends, well-intentioned, well-informed, well-educated people, say something to the effect of “I could never be friends with anyone who voted for _________.”

So I am sitting in this town hall event, thinking about how all of this connects to the way we conduct ourselves in the business world. If any of us ever spoke to colleagues or customers in the same way we speak to each other about politics, a lot of people would get fired and a lot of business would not get done. “You disagree with my business idea? Well you are a __________ …” (fill in the blank with whatever derogatory adjective you want). We would never do that. But we do it all the time in our political discussions.

Senator Murphy made one point over and over that night… you have to win elections to get your policies enacted. The party that wins elections gets to dictate what happens. Which means if I don’t like what is happening, then my best chance to change what is happening is to mobilize the people who agree with me to vote, AND try to persuade people who don’t yet agree with me (read: undecideds) to make up their mind and vote the way I want them to vote. There are two separate initiatives for success… mobilize the people who agree with me, and persuade the ones who don’t.

I am no expert in political mobilization, but my colleagues and I do know something about persuasion. And as I was sitting in this town hall, I was thinking about how yelling and screaming, insulting people and tuning them out, and only speaking to people who already agree with me is the absolute worst approach to changing minds and making sure that my side wins. When people feel attacked, they don’t open their minds up to another perspective. When they feel attacked, they tend to get into a defensive posture to defend themselves. And their opinions get entrenched, even the ones that perhaps don’t make a lot of sense.

For the last several months, I have been on a personal mission to change the tone of political discourse with the people in my life. I have my beliefs… trust me. But I feel strongly that I should respect those who have another perspective, even if I disagree with it vehemently. So, after the town hall event, I chose to summarize my experience on my personal Facebook page, and attempt to draw people into a constructive discussion. And the results were pretty fascinating. I had friends from both extreme edges of political belief chime in and contribute to the discussion thread. And the tone was completely respectful. Now, I did not try to change any minds with my post. I was simply trying to report what I saw, and create a reasonable discussion. And it worked. One data point, purely anecdotal… but it worked.

Now think about how you deal with others… give it some thought. There is a valuable lesson here, for all of us, that is relevant to our workplace discussions AND our political discussions.