Don’t Be Afraid to Go to the Blackboard

Today’s post is an add-on to our post earlier this week about the importance of bringing empathy to your work. Public speaking is a big — in some cases, debilitating — fear in many people. In most cases we see, that fear stems from being called out, challenged… or, just plain wrong… in front of one’s teammates and managers. That fear has been instilled in us from an early age: Being called on in class, being caught unprepared, and then being criticized — or even ridiculed — when your answer comes up short. Then, we carry that fear into the business world, and it keeps us from learning and improving as communicators.

I’ve been a huge fan of the American TV show The West Wing, and there’s a great scene that speaks to this point. In it, the President (played by Martin Sheen) is hesitant to tell America’s school children about a failed project in the space program. His adviser CJ (Allison Janney) encourages him to go ahead with the “virtual classroom,” anyway, and show the kids “the broader theme” that it’s OK to get things wrong (even “the big boys” do it). And that it’s really about raising your hand, and going (fearlessly) to the blackboard. Here’s the clip (starts at 43 seconds):

Part of what we do in our client work is actually UNDO many of the negative elements of toxic organizational cultures. We don’t believe “Wrong” equals “Bad.” That thinking leads to fear, reticence, and uncertainty. We encourage you to empower your teammates and colleagues to raise their hands and go to the blackboard.

After all, that’s where the learning takes place. 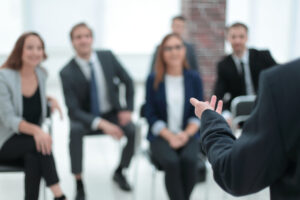 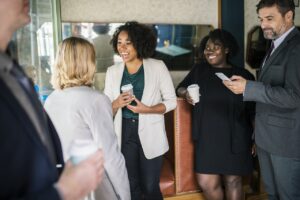